I was looking over some numbers today, and a few things stuck out for me. First, I noticed something on the Empires of Steel video. If you look at the YouTube view statistics, here’s what you’d see: 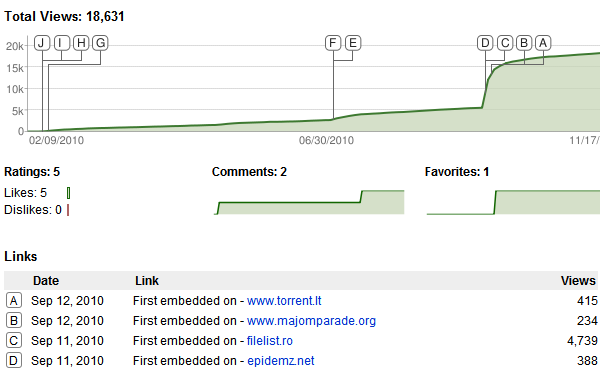 It would’ve been interesting if there was a spike in sales following the same pattern, but there wasn’t. September and the following month were really bad months for sales. As you could see from the chart I posted a few days ago (and reposted below), September was the fourth worst month for sales over the past twelve months, and October was the 2nd worst month for sales. I don’t really think piracy was the reason for the low sales over those months, since that would suggest that “would be buyers” opted for piracy, instead. I suppose it’s possible, but I don’t know. 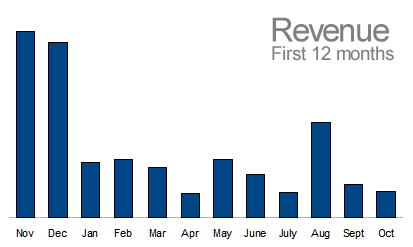